While the market may be feeling cold right now, there’s still a ton of activity in the crypto-sphere with web3 developers reporting larger volumes of work in the space, some even saying it's the “biggest year yet”.

We’ve seen the Merge, new token listings, NFT games and greater exploration by organisations in the space. But it’s not stopping there…

Ethereum developers have already moved on from the Merge and can start testing out their next upgrades to the protocol on the new “Shandong” test network - the testnet for the Shanghai upgrade which is expected next year.

And a new layer-1, Aptos, has bombed after it debuted on a handful of exchanges, with the crypto community erupting in criticism of the project. The network had received a lot of hype in the lead-up to its launch, however the release of its tokenomics overview left many sceptical of the project.

Have layer-1s missed the boat at this stage? Or is it just a case of poor timing? You can read more on layer-1s here.

Weekly chart - Bitcoin has been holding above AU$30,000

In the last seven days, Bitcoin (BTC) has been ranging from AU$29,500 to AU$31,400 with below-average volume. The daily candles have also shown less activity, and less volatility with the Average True Range (ATR) which dropped from 3.49 to 2.62. This shows that prices are still consolidating and moving sideways.

For the bulls, BTC has managed to stay above its 21 day Exponential Moving Average (EMA) and 50 day Simple Moving Average (SMA). The 200 day SMA is getting closer to the current price and is sitting at AU$37,000. A break above 200 SMA would signal the start of a bull market.

The weekly stochastic has continued its uptrend momentum from the start of October 2022.

🔔 Alert Ideas breaking above 200 SMA of AU$37,000 could indicate an uptick in bull activity, suggesting potential market strength and recovery. 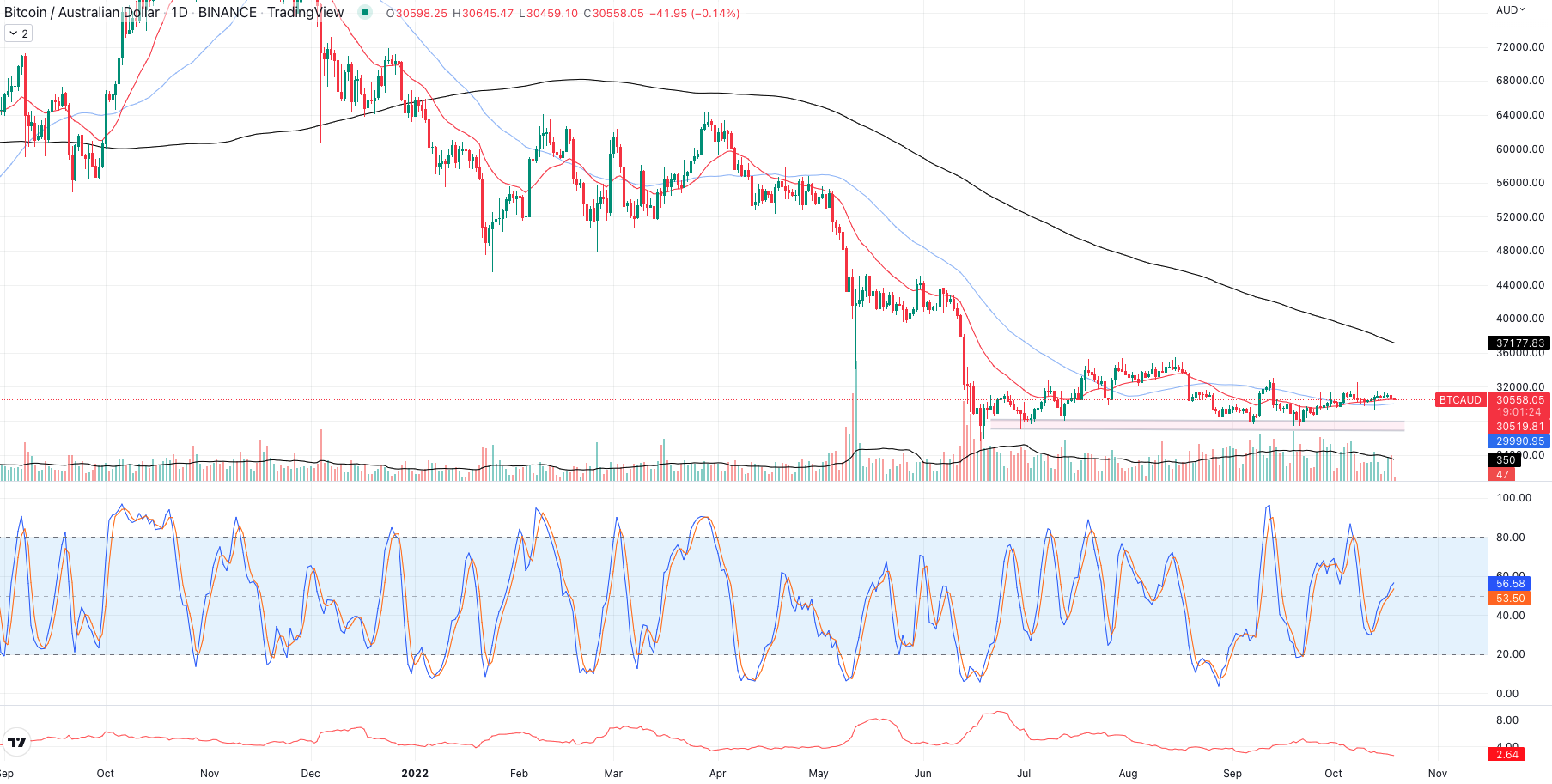