Could the link between cryptocurrencies and equities be beginning to break down?

Despite a decline in US equities, with the S&P 500 ending at its lowest level since 2022, bitcoin has been seeing an upswing this week. The cryptocurrency market as a whole pushed closer to the all-important USD$1 trillion to boot!

Still, a rapidly tightening monetary policy to combat inflation and fears of a recession is leaving some uncertainty in the market.

Rich Dad Poor Dad author, Robert Kiyosaki, even thinks this could be the biggest crash in world history however, there are three assets he likes; metals, bitcoin and food.

Meanwhile, Cardano celebrated two events over the past week, its fifth birthday and the network’s Vasil upgrade.

The upgrade went live on Sept 22 and promises to make its scalability better and cheaper than before! But the upgrade hasn’t really budged the native token’s price, at the time of writing Cardano (ADA) is down 2.51% for the week.

And the rumours were right!

Cosmos released a new white paper at the Cosmoverse conference on Monday. The white paper proposes a revamped Cosmos Hub aimed at strengthening interoperability and security, along with key changes to its Cosmos (ATOM) token.

Weekly chart - Bitcoin is in a range

Bitcoin (BTC) started the week holding its support to AU$27,400 and managed to bounce back to AU$31,000 with light volume but got rejected very quickly with another bearish candle. In the previous week, BTC reached the high of AU$33,000 and if the bulls want to regain control then it needs to be able to break above this level.

Over the past seven days, BTC has managed to break above the 50 day Simple Moving Average (SMA) but has since dropped to its 21 day Exponential Moving Average (EMA) at the time of writing. BTC will need to stay above both 21 EMA and 50 SMA levels to break this downtrend.

The Average True Range Percent (ATRP) has gone lower to 4.18 with less activities and lower volatility.

🔔 Alert Ideas breaking above AU$33,000 could indicate an uptick in bullish activity, suggesting the bulls are in control 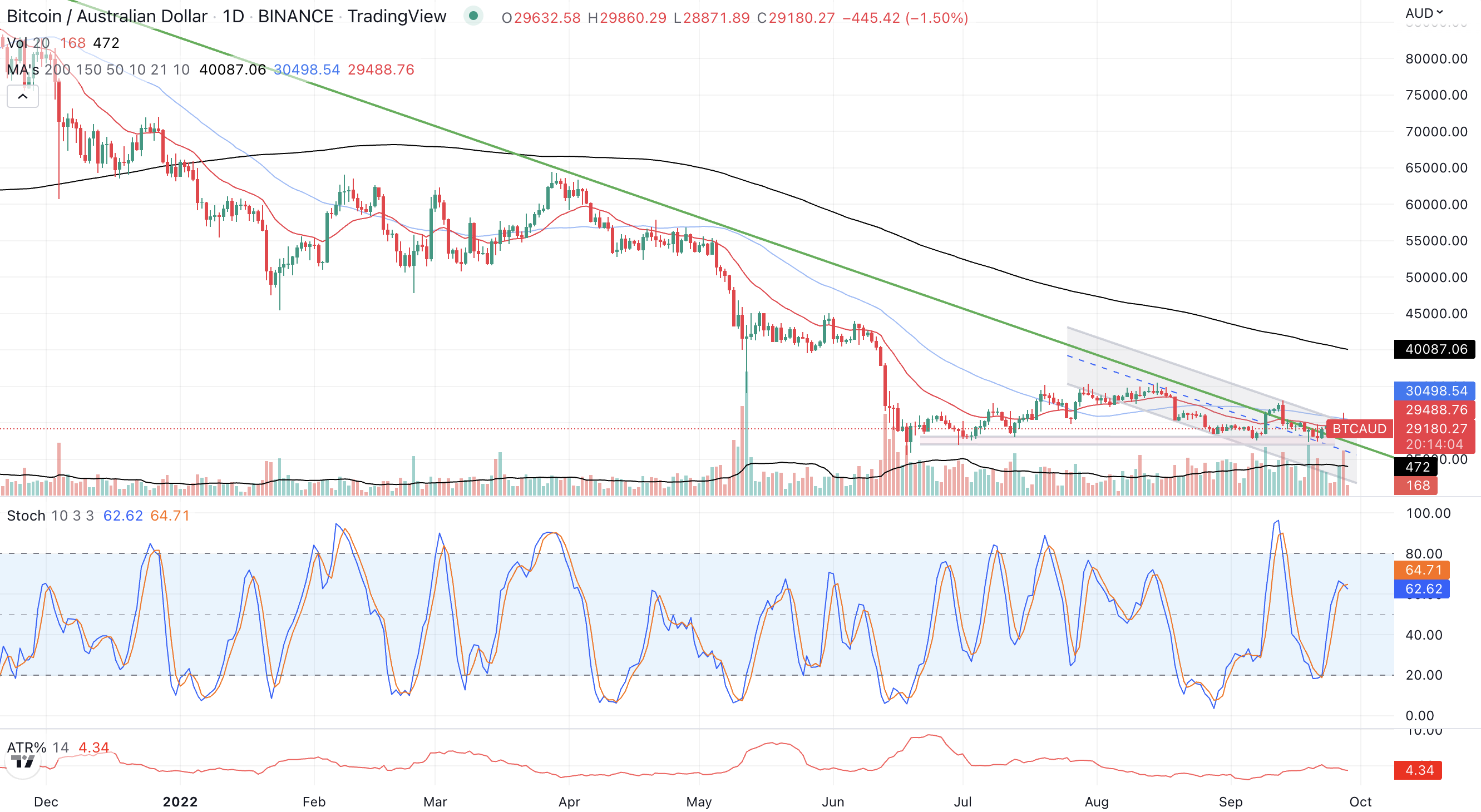