The merge… the merge… The MERGE!

In case you missed it, which is probably hard to do these days - even my 60-something-year-old accountant is talking about it, the Merge is coming! In fact, it’s anticipated to arrive in just over seven days...

But while many have been clambering over the merge and wondering whether it will cause the “flippening" to happen - when Ethereum overtakes bitcoin for crypto market dominance, its OG - Ethereum Classic - has been rallying on the sidelines, climbing more than 20%. Even its hashrate reached an all-time high over the last week, so you can be sure eyes will be on ETC post-merge as the hashrate is expected to move from ETH to ETC.

It’s expected that much of the movements in the coming weeks will be from these holders, that is unless something else happens.. perhaps some relief from constant interest rate hikes?! [Cough-cough, Mr Lowe]

Bitcoin (BTC) has continued its downtrend and has dropped as low as AU$27,600 as at the time of writing.

Bitcoin (BTC) continued its descending channel by breaking key support at AU$28,500 which came from August 28th’s low. This will be a concern for bulls because it was sold off with the highest daily sell volume since the recovery in June.

As long as BTC continues to stay below the 21 day Exponential Moving Average (EMA) and 50 day Simple Moving Average (SMA) then we can expect BTC to continue trending lower.

Average True Range Percent (ATRP) is a technical analysis tool to measure volatility and is very similar to Average True Range (ATR). Both ATR and ATRP are continuing to show downtrend signals which could provide a good indication for lower volatility. 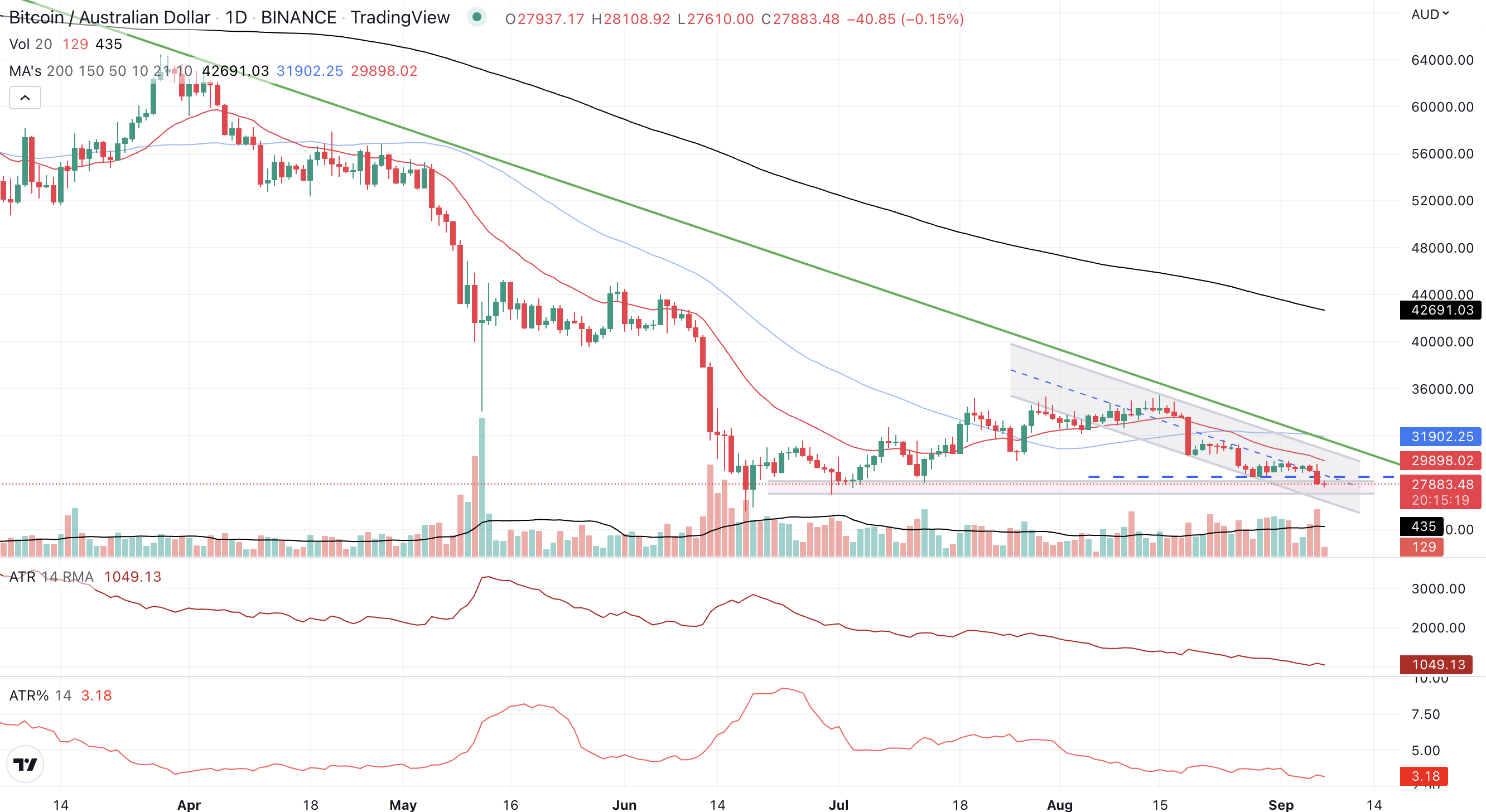 Although BTC’s price remains in downtrend, we have seen evidence that bitcoin whales (wallet addresses that contain large amounts of BTC) are continuing to acculumate BTC at depressed prices as shown in the below Glassnode chart. A positive sign that long-term players aren’t afraid of the current conditions. 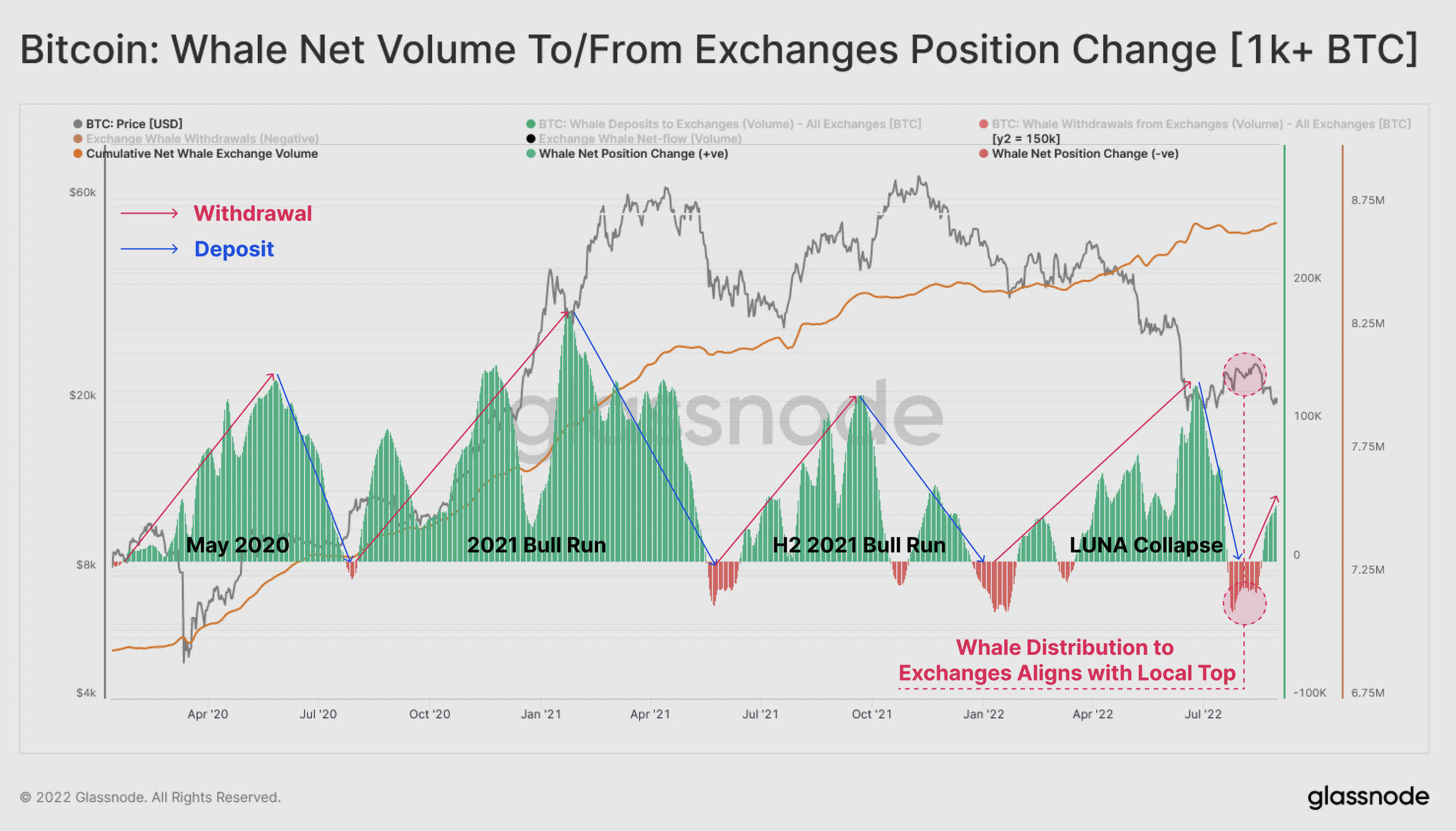