Could this be what rockets bitcoin…

Blackrock, the world's largest asset manager, with US$10 trillion in assets under management as of January 2022 has announced it will join competitor Grayscale in offering a bitcoin trust offering to US institutional clients.

The new offering will enable the firm’s asset management platform, Aladdin, with access to the world of crypto, starting with bitcoin.

While no exact dates have been given for the launch of the new offering, ARK Investment Analysts analysed what impact the institutional investors would have on the price of bitcoin.

The announcement hasn’t moved the price of bitcoin over the past week, however, it’s a strong sign that institutional appetite isn’t phased by recent bear markets.

A new report by Forex Suggest, a Forex trading platform, has named Australia the country with the highest level of cryptocurrency interest, with over 1,000 more searches per 100,000 people than second place.

While we have topped the list for the number of searches and indeed crypto interest, we have fallen short when it comes to adoption with Australia ranking in 15th position.

This follows the RBA's announcement that it will collaborate with the Digital Finance Cooperative Research Centre (DFCRC) to launch a limited-scale Central Bank Digital Currency (CBDC) pilot.

On the 10th of August 2022, bitcoin (BTC) broke the 21 day EMA and dropped to AU$32,600, but it quickly bounced back up and closed the day at AU$33,800 with above average volume. The quick bounce proved that there were a lot of buyers waiting to buy BTC at 21 day EMA

For the third time, bitcoin failed to break its resistance at AU$35,470. If bitcoin can break this resistance then bitcoin could continue its uptrend.

BTC volatility has continued to decrease, which is shown by the downtrend of its Average True Range (ATR) - an analysis volatility indicator. The last time its ATR was this low was on the 29th of November 2020 before bitcoin started its exponential growth. 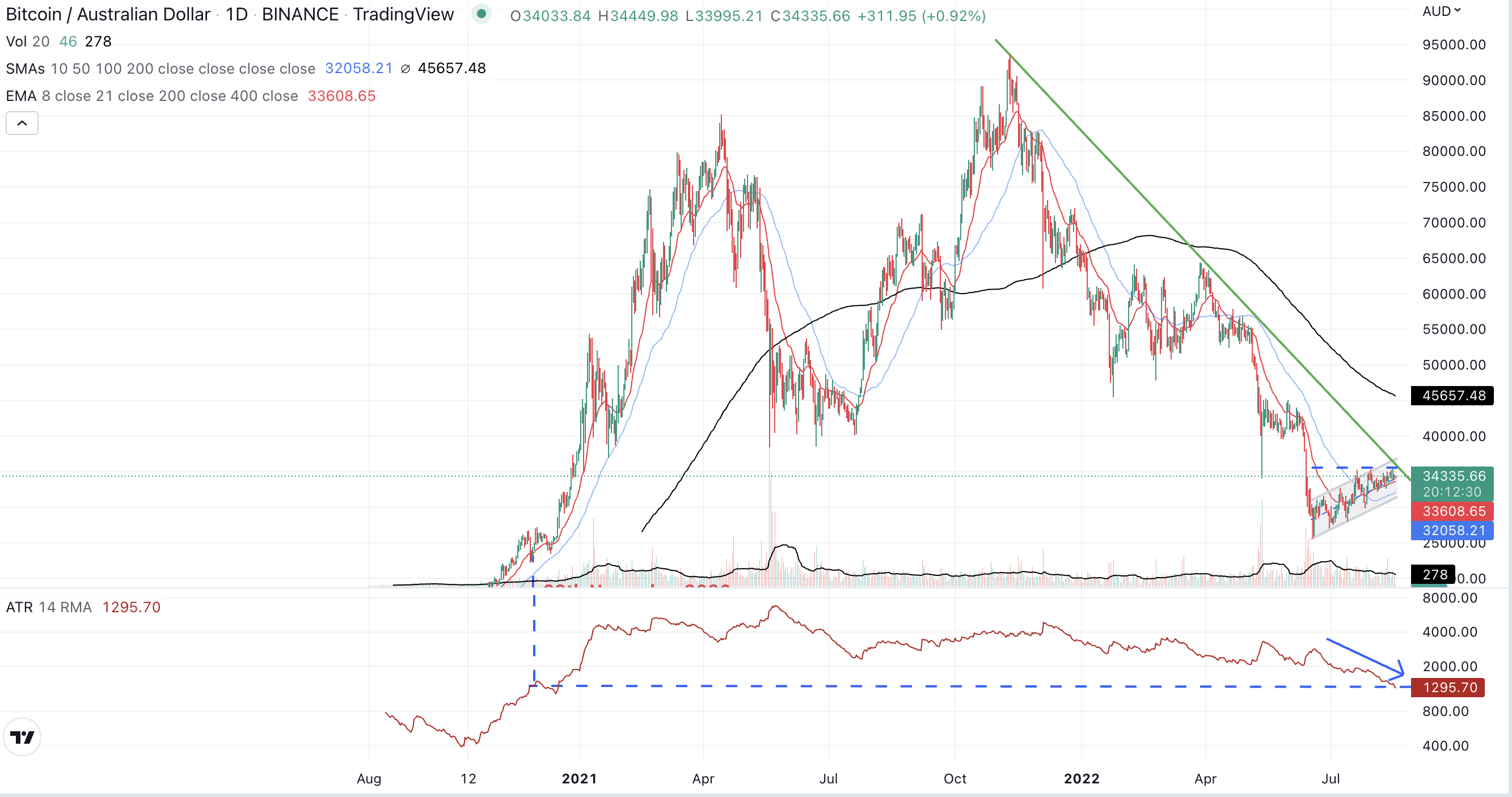