Bitcoin is up roughly 20% from last week's consolidation beneath the $12,000 AUD area and used the 200EMA on the daily as a platform to head higher. On the higher time frames it now looks that bitcoin has formed a “V” reversal pattern from the March lows and is running on a full head of steam going into the halving which is just 6-Days away.

While bitcoin’s move has been impressive, bitcoin has had 7 green weeks out of 8 and could be due for a pull-back even though the RSI on all timeframes appears to be flat. Bitcoin found resistance at the $14,400 AUD level and looks to be building around this level for a run at $15,500 AUD. A further move up would likely shadow a similar move with the US stock Market as correlation between the two markets remains strong.

As bitcoin stole the show this week, most altcoins saw positive moves. Digibyte has been on fire lately, up by 68% over 7-days, theta token 41% and siacoin was up 23% at the time of writing. 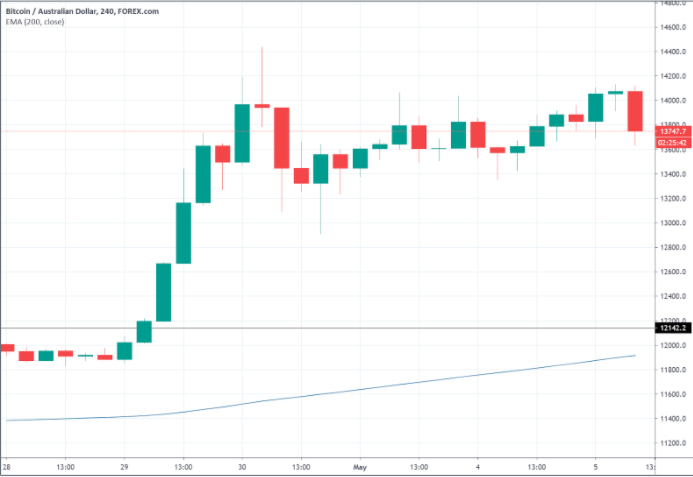