That’s right! Kim Kardashian has been banned from promoting crypto for three years and hit with a US$1 million fine by the US Securities and Exchange Commission (SEC) for not properly disclosing that she received payment to promote crypto security on Instagram to her 330 million followers. It’s reported that she was paid $250K for the social media post, which must also be handed back.

But it’s not all success for the SEC…

The SEC was dealt a blow last week when a US District Court judge ruled to release emails and other correspondence written by former SEC Corporation Finance Division Director William Hinman related to a speech where he said ether (ETH) was not a security because, like bitcoin, it was “sufficiently decentralised.”

In a case that is nearing its two-year mark, these communications will form the cornerstone of Ripple’s legal strategy.

Closer to home, the Governor of the Reserve Bank of Australia,  Philip Lowe, announced an increase in the cash rate target by 25 basis points, bringing the current cash rate to 2.60 per cent.

And if you’re worried about inflation, watch our recent webinar with gold expert Mark Pey who talks about the value of gold in times of inflationary pressure.

Weekly chart - Bitcoin is in a range

Bitcoin (BTC) has been steadily climbing over the past seven days with five out of the seven mostly supported by bulls, and for the first time since Sept 13 climbed over the 50 day SMA.

BTC climbed to a top of AU$31,900 at the time of writing and providing the pressure remains from the bulls, could see its price climb higher. Still, BTC needs to stay above both 21 EMA and 50 SMA levels to break the downtrend.

🔔 Alert Ideas breaking above AU$33,000 could indicate an uptick in bullish activity, suggesting the bulls are in control 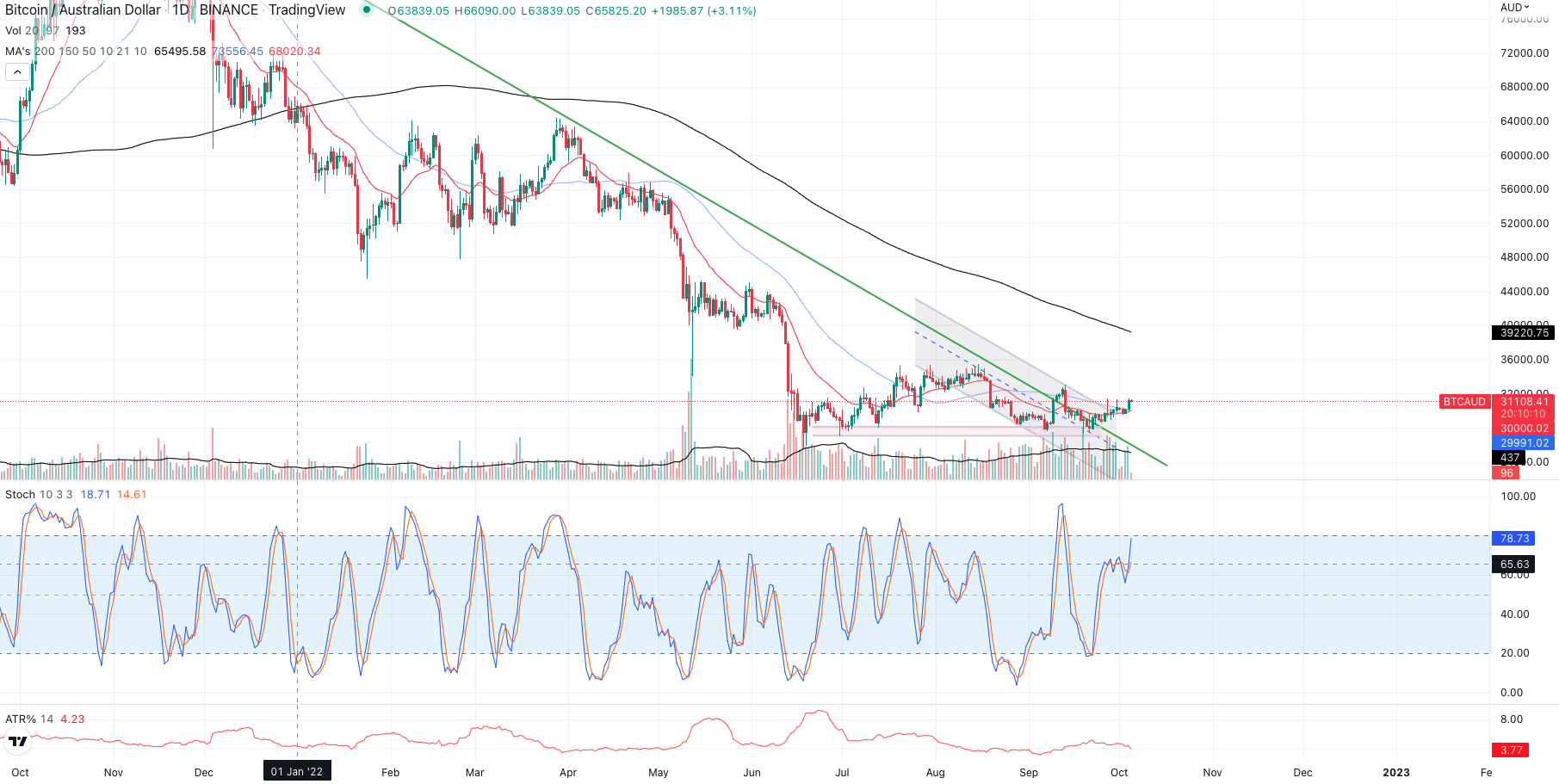